In honor of #BlackHistoryMonth our February “Women of Discovery” profile is about Dr. Patricia Bath, whose illustrious career was full of “firsts.” She was the first African American to complete an ophthalmology residency at New York University and Columbia University, the first female faculty in UCLA’s Jules Stein Eye Institute and the first African American female doctor to receive a medical patent (including for the Laserphaco Probe for cataract treatment)  – just to name a few. Her inventions and discoveries in the field of cataract surgery have saved the eyesight of countless numbers of people. 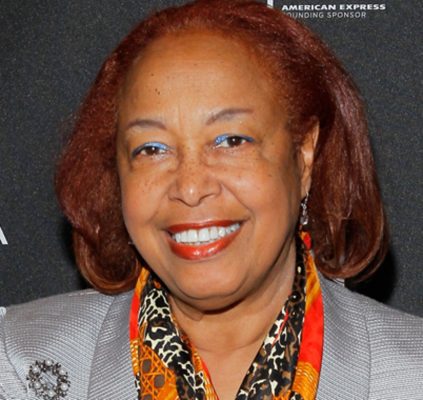 Very early on, Bath showed her initiative and drive to succeed. Her hard work led to her selection as one of just a few students to attend a National Science Foundation cancer research workshop. Her findings during the workshop were included in a subsequent scientific paper, and led to her winning the Mademoiselle magazine’s Merit Award in 1960. She also received a scholarship from the U.S. National Science Foundation. This started the ball rolling on her education and she attended Hunter College (bachelor’s degree), Howard University (medical degree), New York University (ophthalmology residency) and Columbia University (ophthalmology fellowship).

She decided to focus her work on the eye when she found out that African Americans were more likely than other races to suffer from blindness and other eye diseases. She went on to create and patent her most famous invention, the Laserphaco Probe, and received four additional patents related to laser cataract removal devices and techniques.  In addition to her medical research and work, she co-founded the American Institute for the Prevention of Blindness on the premise that “eyesight is a basic human right.”

Her passion for civil rights led her to extensive humanitarian work, primarily through the Institute that she co-founded. She gave eyecare a global voice by providing eye drops, vitamins and immunizations to underserved communities, and also traveled internationally to perform surgeries. Sharing her knowledge through teaching and lecturing at colleges helped her spread the message of eye care for all, in addition to authoring more than 100 papers on related subjects. Dr. Bath was also an advocate for telemedicine to help more remote populations, and for reducing gender disparity in STEM fields (a matter on which she testified before the Senate just a month before her death of cancer complications in May 2019).

Dr. Bath was a pioneer in her field, for the fight against blindness, and for African American women. She faced down, as she put it, “sexism, racism, and relative poverty” as a young girl growing up in Harlem to become a celebrated doctor, surgeon, inventor and leader. We are proud to have a street named after her in the Bend, Oregon neighborhood of Discovery West!

Thank you to Dr. Bath’s daughter, Eraka Bath, MD, for her help editing this article. Dr. Eraka Bath is the Director, Child Forensic Services; Associate Professor, Department of Psychiatry; and the Vice Chair for Equity, Diversity and Inclusion at the Jane and Terry Semel Institute for Neuroscience and Human Behavior at UCLA.