Time for another “Woman of Discovery” profile…all our neighborhood streets in Discovery West are named after women who’ve made history, including Dr. Pearl Kendrick (1890-1980). She was an American bacteriologist whose pioneering research in collaboration with colleague Grace Eldering, led to the first whooping cough vaccine in the 1930s. This was a significant achievement at the time, as whooping cough was deadly for thousands of people, especially young children. The ensuing widespread distribution of the vaccine, which started in earnest around 1940, virtually ended these deaths altogether. 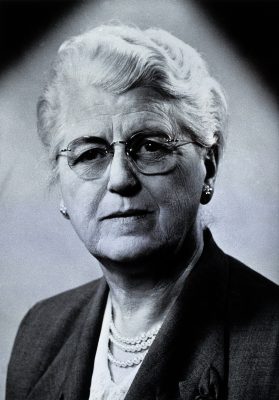 Dr. Kendrick started her journey as a research scientist and bacteriologist with an undergraduate degree from Syracuse University which she earned in 1914. She then spent several years teaching science, working as a laboratory assistant at the New York State Department of Health, and then as a bacteriologist at the Michigan Department of Health, where she quickly moved up the ranks. In 1932, after pursuing her graduate degree during leaves of absence from work, she earned an Sc.D. from Johns Hopkins University School of Hygiene and Public Health.

It was then that she decided to tackle whooping cough. Kendrick had a unique link to this work: as a small child, she had contracted whooping cough and lived through the ordeal. While the disease had been around and identified for several decades, there was no way of avoiding or treating it successfully. Although a pertussis vaccine had been developed, it hadn’t been adequately tested in the 1910s, so Kendrick and her team furthered this work with field trials, lab experiments and carefully documented research.

The work in America by Kendrick, Elderling and their team had advanced the efficacy of the vaccine far beyond other countries. They served as consultants and advisors to others in developing pertussis vaccines, and other immunization projects in multiple countries, including much of Latin America.

Dr. Kendrick continued to be involved with this important work into her later years, serving as a lecturer at the University of Michigan’s Department of Epidemiology in the 1950s, where she worked to develop even more vaccines. When she retired from teaching in 1960, she continued to be involved with Michigan American Society for Microbiology, the American Public Health Association, the American Board of Bacteriologists and other professional organizations.