Henrietta Swan Leavitt (1868-1921), one of our Women of Discovery, was an American astronomer, and her work helped pave the way for how astronomers now understand the structure and scale of our universe. Born in Lancaster, Massachusetts, she was a private person who focused on her career and was devoted to her church. Described by those who knew her as friendly and pleasant, she was a hard worker. Her tendency to avoid the spotlight may have been partly caused by a hearing condition that she had as a young woman, which increased significantly as she aged. 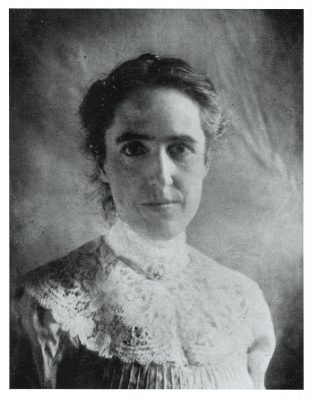 Leavitt went to Oberlin College from 1886-1888, then transferred to the Society for the Collegiate Instruction of Women (later becoming Radcliffe College), where she graduated in 1892. She then worked for Harvard College Observatory beginning in 1895 as a volunteer, and she did not become a part of the staff until 1905.

Once on staff, she quickly rose in status at Harvard and became the head of stellar photometry. There she cataloged and measured the brightness of stars. Leavitt’s most outstanding achievement was in 1912, where she discovered a certain class of variable stars, the Cepheid variables, where the highly regular period of the fluctuation cycle in brightness is determined by the actual luminosity of the star. Her findings resulted in the ability to accurately make intergalactic scale measurements.

American Association of Variable Star Observers (AAVSO) wrote that: “Hers was a shy and somewhat unassuming personality, and women at that time, even highly educated and brilliantly talented women who in a fairer world would have been respected as equals by their male peers, were all too often resigned to taking a lesser role, and were often just quietly grateful to be given any sort of role at all.”

Despite the fact that scientific fields were male-dominated during the time in which she lived, Leavitt made discoveries that changed the face of astronomy. After her death from cancer, famous astronomer Edwin Hubble used her period-luminosity relationship findings to help establish that the universe is expanding. To honor her discoveries, Asteroid 5383 Leavitt was named after her and carries on her legacy in outer space.