The “Queen of the Desert” is this month’s Women of Discovery profile. Otherwise known as Lady Hester Stanhope, this brave woman was a trailblazer in more ways than one. As a British aristocrat and socialite, she was destined to live a life of privilege and comfort – a life she left behind for adventure and travel. Defying expectations and restrictions, and embracing independence, are just some of the characteristics that landed Lady Stanhope on our Women of Discovery list. 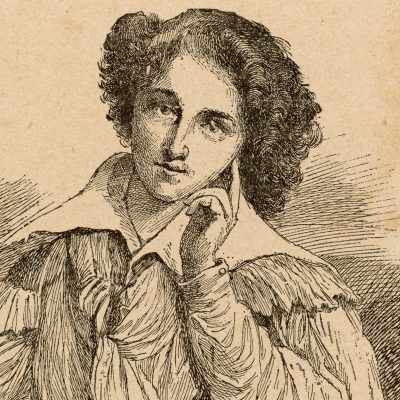 With a life that some say is ripe for making a Netflix movie, she was born in 1776 into a family made rich by the discovery of a giant diamond in India. She was also the niece of British Prime Minister William Pitt. In her 30s, she left the comfort of England and embarked on Shakespearean-style escapades that included shipwrecks, cross-dressing, and “sharp tongued” conversation and wit.

She originally set off on a “treasure hunt” based on the discovery of a medieval Italian manuscript, which led her to excavate a previous mosque site on the Mediterranean coast. On her way there, she traveled through Greece (where she met the poet Lord Byron) and into Constantinople (now Istanbul), which was the capital of the Ottoman Empire. Her real claim to fame came from her meticulous recording of her archaeological work in Palenstine, considered the first modern excavation of the Holy Land. It is believed that her expedition laid the foundation for future archeological work and even tourism to the area.

After her exploration of the region, she didn’t return to England but instead settled in what is now known as Lebanon. She moved around the area, living in abandoned monasteries with only a couple of companions. Her “medical attendant” Dr Charles Meryon, who left her company in 1831, ultimately wrote a biography about her life. After his departure, she became involved heavily in the turbulent surrounding areas, giving sanctuary to refugees and earning a reputation as not only as an authority figure for the region but also as a “witch” with powers of divination.

Before her death in 1839, she became increasingly isolated and some believe she may have suffered from early-onset dementia or severe depression. Even as her health declined, she refused to return to the comfort of England and “knit or sew like an Englishwoman.” She died in her sleep after a life that none of her country women of the time (or even for decades after her) would ever experience. Lady Stanhope threw off the constrictions of the time to live life on her own terms, making important discoveries along the way.